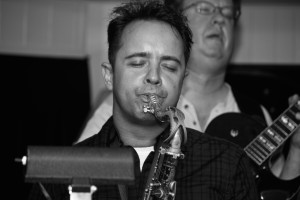 After leaving Berklee Jason furthered his studies at the U of M, again being placed simultaneously in their Jazz 1 combo and Vocal Jazz group.

He toured followed his schooling by joining Westside and touring the U.S.  Soon after he was asked to act as musical director to the Bourbon Tabernacle Choir, a touring ‘Rock-a-billy’ group from Pensacola Florida.

He has also been a member of such groups as The Jaztronauts, Lamont Cranston, The ‘R’ Factor, West Side, Joe Julliano, as well as having the distinct pleasure of playing with such artists as ‘The Peterson Family’, Billy Holloman, Dr. Mambo’s Combo, etc.

– The Jaztronauts were voted ‘Best of the Best by Minneapolis/St. Paul Magazine
– One of the headliners at Orchestra Hall’s Sommerfest in 2012
– Featured outside Ted Mann as a pre-concert feature for their 2012 concert series
– Featured artist at the Twin Cities Jazz festival
– Asked to lead SMC International recording artist ‘Deodato’s’ horn section
– One of four composers featured at Orchestra Hall in 2011 where he composed arranged , sang and played sax on all his own
music.
-‘The Jaztronauts’ – Winner of the Minnesota’s Music award for best instrumental group
Inducted into the Rock and Country Hall of fame in 2009

Jason now composes, arranges, sings and plays sax in his own project “Jason Weismann and the ‘Q'” as well as being active in the midwest’s music community. 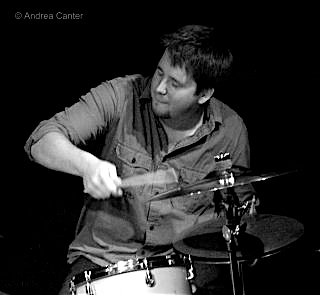 graduated from McNally/Smith College of Music with a degree in percussion
performance, followed by 2 years of private study with Twin Cities based drummer Dave King.
From 2001 on, he has worked steadily as a dedicated drumset/percussion instructor teaching up
to 50 private students per week. Peter has also been featured as a guest clinician at UMD, UW
Superior and McNally/Smith College of Music. Currently teaches at Schmitt Music and
Mount Olivet School of Music.
As a composer he’s had original compositions featured on 89.3 The CURRENT, 88.5 KBEM,
and 90.3 KFAI. He also received the Minnesota Emerging Composers Award (MECA) from the
American Composers Forum in 2010.
Since 2010 he has performed at several european festivals and venues including, the Sons d’hiver
festival in Paris, the Atlantique Jazz festival and the Pannonica Jazz festival in northern France, and the Kind of
Belou Jazz festival in Treignac, France.
In 2011 he received the Twin Cities Best Jazz Award with The Atlantis Quartet.
Peter composes for and performs regularly with such groups as The Atlantis Quartet, The
Fantastic Merlins, The Park Evans Quartet, The Zacc Harris Trio and The Vital Organ Trio
(featuring Katie Gearty)
Over the past 13 years Peter has preformed and recorded with many groups and artists, Including:
Sheila Ray Charles (daughter of R&B legend, Ray Charles), Dan Navarro, Dr. Lonnie Smith, Tony Hymas,
Jonathan Kreisberg, Ben Wendel, Kirk Knuffke, Imani Uzuri, Douglas Ewart, Donald Washington, Patty Peterson,
Debbie Duncan, Tina Schlieske, Estaire Godinez, Peter Ostroushko, Doug Little, Kelly Rossum, Darryl Holter,
Crankshaft (a.k.a. Alex Larson),
Todd Clouser, Nick Hensley, Sam Kuusisto, Wayne McFarlane, The Adam Meckler Orchestra, The Bill Simonson
Big Band, The Dollys, Johnny Clueless, Vintage Raggs, Deb Brown, Andra Suchy, Billy Johnsons Road Show, The
New Primitives, and many others. 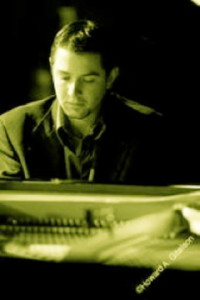 Tanner Taylor studied under Jack Oatts and Manhattan School of Music’s Garry Dial. In 2001, he relocated from Des Moines to Minneapolis where he has become one of Minnesota’s most sought after jazz pianists.

Catch Tanner tickling the ivories with all of the Twin Cities’ finest vocalists, as well as leading his own groups at local jazz hot-spots such as the Dakota and the Artists’ Quarter, Hell’s Kitchen and Icehouse. Tanner is co-owner of the Twin Cities’ only community-based jazz center, Jazz Central Studios.

Taylor’s teaching credentials include a 5 years at the Institute of Production and Recording, over 10 years experience as a private instructor and numerous appearances as a clinician and adjudicator. 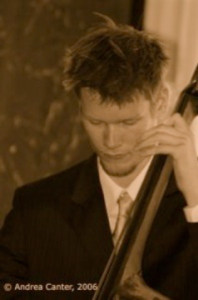 Completed his bachelor’s degree in music composition at the University of Wisconsin-Eau Claire where he studied classical bass with James Clute, a former bassist with the Minnesota Orchestra. While Graydon was a member of the Down Beat award-winning UWEC Jazz Ensemble I, he performed with such guest jazz artists as Lewis Nash, Ingrid Jensen, Jason Marsalis, and Chris Botti. Now a resident of Minneapolis, Graydon is one of the area’s top-call bassists, performing nightly with a variety of vocalists and small ensembles including Debbie Duncan, Arne Fogel, Firebell, Snowblind and his own Graydon Peterson Quartet. A consummate accompanist, writer and arranger, he has become one of the backbones of the jazz scene in the twin cities.